Who is Jessica Nigri?

Jessica Nigri is one of the most popular American cosplay celebrities in the world. Above that, she is also an advertising model, a YouTuber, a voice actress, and a fan conference interview stringer. She was born on 5th August of 1989, in Reno, Nevada. She took her cosplaying seriously only in 2009 and got into the modeling field in 2012. Nigri then went on to grab chances on multiple occasions to perform as an official spokesperson for various video games and book series, especially comic-genre. If you never recognized or could rightly guess the speaker of Assassin’s Creed IV: Black Flag and Lollipop Chainsaw, well, now you know.

Although Nigri’s birth place is Reno, Nevada, she was brought up in New Zealand. Nigri later relocated to Arizona. Following her cosplay of “Sexy Pikachu” in Comic-Con International (San Diego), which set the fire on the web, she took up cosplaying as a profession. 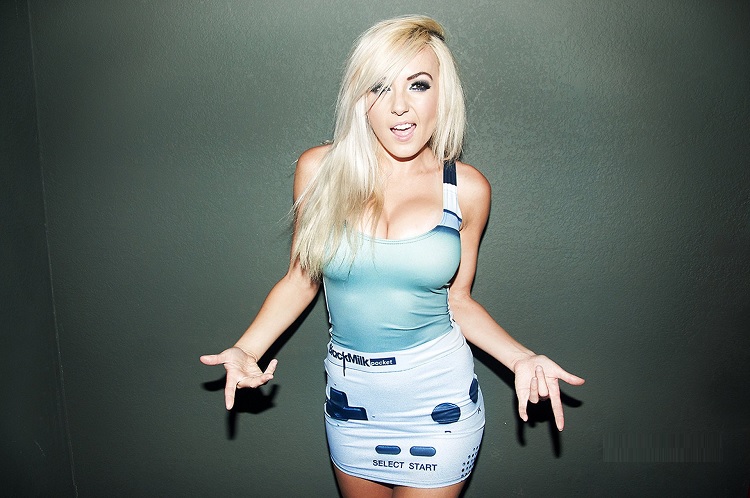 This famous YouTuber generates most of her revenue online. With more than a million subscribers on YouTube following her every move, she is only even more encouraged to show her love for her followers on a daily basis. She also treats her channel as a promotional platform where she introduces any upcoming cosplay conferences on her plate. She is a craze amongst her fans, and the most loved qualities of hers are her wit and blatant honesty. Her interaction is also of the gamely sort which keeps her audience thoroughly engaged. Apart from the YouTube channel, she also runs her own shop online where she puts up self-designed costumes for sale. When she isn’t busy cosplaying or crafting costumes, you can see her hosting events, voice acting, and modeling.

Jessica Nigri is Known For

She gained popularity after cosplaying Anya Stroud of Gears of War 3 for Microsoft and GameStop. As mentioned earlier, there is her voice acting skills and modeling for advertisements. It’s her YouTube channel that keeps her crowd in the know of all her activities.

Even though cosplaying is mostly regarded as a hobby and several buffs all over the world indulge in it from time to time, only a very few superstars in the field remain. And, one of the most sought out icons is none other than our dear Jessica Nigri. She is the official cosplayer for Warner Bros. and Microsoft to promote games such as Lollipop Chainsaw and Gears of War 3.

As one can see, Jessica Nigri is utterly enjoying the fruits of her passion. That must feel incredible. To follow one’s dreams and to be known in the name of one’s love for their passion must feel divine. Whatever things Jessica Nigri has achieved in her life, it is the result of her hard work and dedication.